There is no single “best” starship concept. Although many researchers have their favorite, the “best” depends on one’s perception and motives. Often these priorities go unmentioned as if assuming they are shared by all. To improve future decisions, the span of motives and perceptions is explicitly explored, and includes: 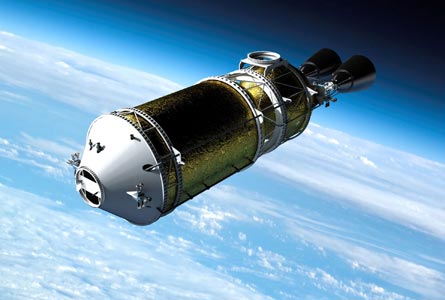 “The most erroneous stories are those we think we know best – and therefore never scrutinize or question.”

Depending on one’s perception and motives, there is more than one ‘ideal’ starship. So far, many of these underlying perspectives have not been explicitly stated and, thus, will impede fair comparisons and next-step decisions. To improve future decisions, the span of motives and perceptions is explicitly examined here.

As much as continuing advances in science and technology will make it easier to launch an interstellar mission, these advances also create a quandary, the incessant obsolescence postulate: no matter when an interstellar probe is launched, a subsequent probe will reach the destination sooner and with more modern equipment. This is only a postulate, not a theorem nor even a principle. It is presented here not as an immutable constraint, but as one of the impediments to interstellar missions. Although this incessant obsolescence postulate appears valid, it will eventually expire.

Due to the combination of the nonlinear nature of both advancement trends and relativistic spaceflight, there will be a point when waiting longer does not get you to the destination sooner. (See this article regarding Barnard’s Star and the “Wait Equation”). In addition to the eventual expiration of incessant obsolescence, there are other conditions that will make this postulate collapse, such as: 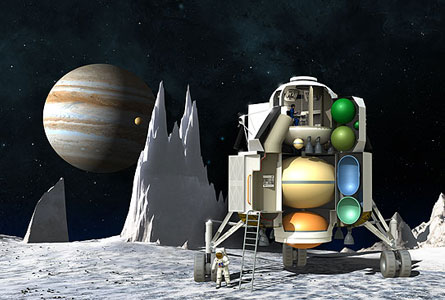 In addition to the influence of motivations, there is also an effect from perceptions of practicality – perceptions which can be implicit and thus unknowingly affect decisions. Practical is a relative term depending on one’s priorities and biases. To some “practical” means choosing the most affordable approach, regardless of how long it takes to reach another star system. To others, star ships are not practical unless they are generation ships, and to still others, star flight won’t be practical until it is as simple as envisioned in science fiction. This table presents how these differing priorities map to different levels of technological ambition. From this it is hoped that the motivations to pursue specific technological ambitions become more explicit. Note: the values within this table are provisional estimates for illustrative comparisons, rather than verified values. 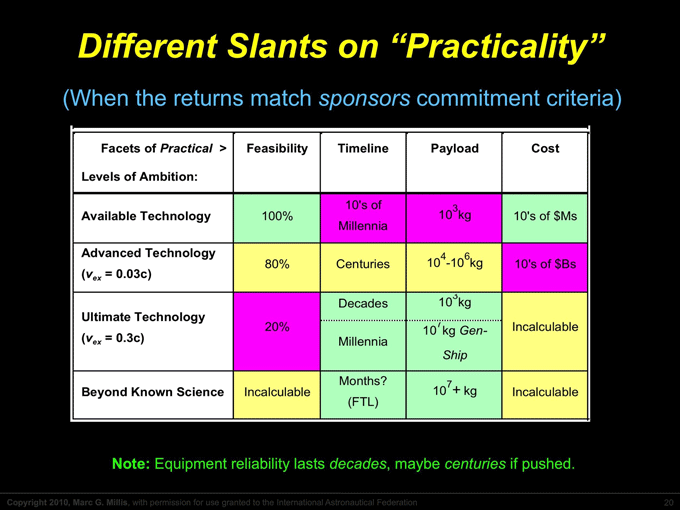